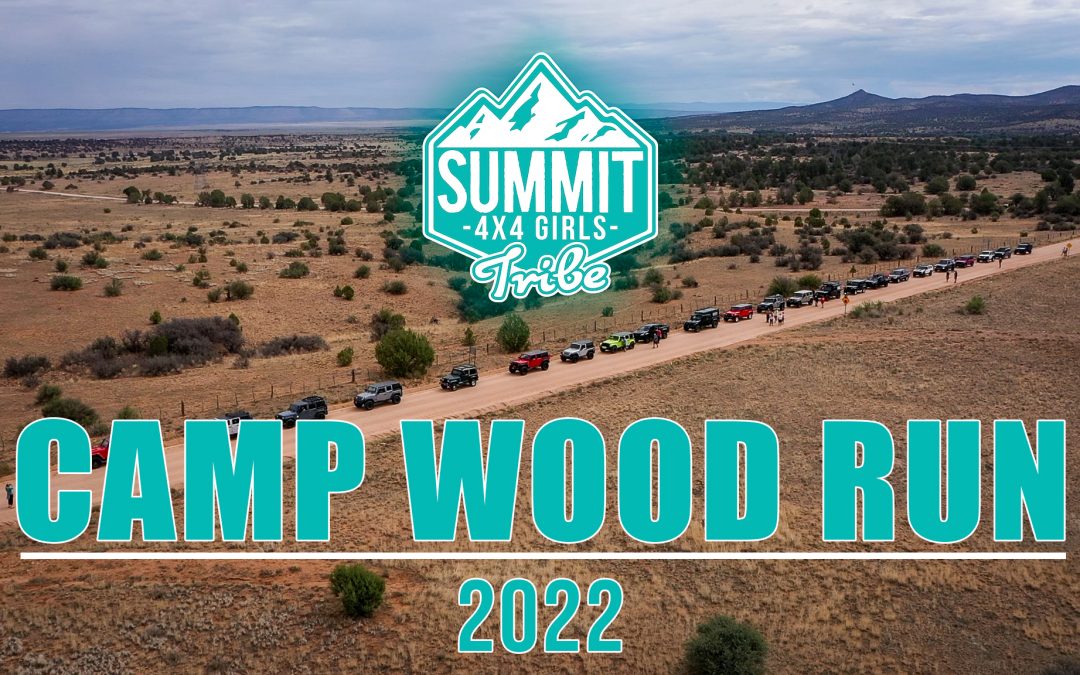 The Girl’s Tribe took to the trails on Saturday July 30th for the long awaited Camp Wood Run. With over 25 rigs in attendance, the team gathered at Summit 4×4 Company’s headquarters located at 420 Miller Valley Road in beautiful Prescott Arizona. After a quick breakfast, courtesy of our friends at Frontier Financial, Elite Group and Farmers Insurance, the team congregated around the steps to the Summit showroom for a briefing by none other than Girl’s Tribe President Laurie Cwikla.

The group eagerly loaded up into their rigs and stood by awaiting the go-ahead to roll out. With everyone’s radios in check, the convoy made its way to the trailhead. The ever so welcoming feeling of a dirt road beneath the floorboards indicated the group had arrived. Greeted by the vast wilderness of Prescott’s National Forest, the tribe couldn’t help but get out to air down their rigs and admire the scenery laid out before them.

The ominous clouds that loomed in the distance reminded the girls of their presence with an occasional crack of thunder or bolt of lightning. With every mile driven the sky became darker and the distant rumbling of thunder would soon become so loud one could feel it in their gas pedal. What was once a dusty dirt road quickly became slick with mud as the clouds gave up their fight to remain in the sky. Mud now covering the sides of what were once shiny rigs gave everyone a chuckle with competitions arising around who had the dirtiest truck of the group.

Wipers did what they could to remove the rain from everyone’s windshields but did little to wipe the smiles that beamed from behind them. Water had began to pool in some of the lower spots along the trail, providing the group with an always exciting crossing. As tires and drivers alike battled to keep straight along the slickened trail, they grew closer to its conclusion. Finally free of the woods, the team regrouped along the same stretch of dusty dirt road they departed from. Air compressors were fired up and normal air pressures restored as the team said their farewells and proceeded home.

The Girl’s Tribe has been growing at rates we couldn’t have imagined with members of varying skillsets. If you’ve been hesitant to take the journey with us, we would encourage you to give it a try. Our off-road clubs offer events like fun runs, fundraisers, trainings, get-togethers and more. If you’ve been looking for a community of like-minded people eager to do more outdoors, than join us for our next event! You can learn more by visiting our club’s page on our website.