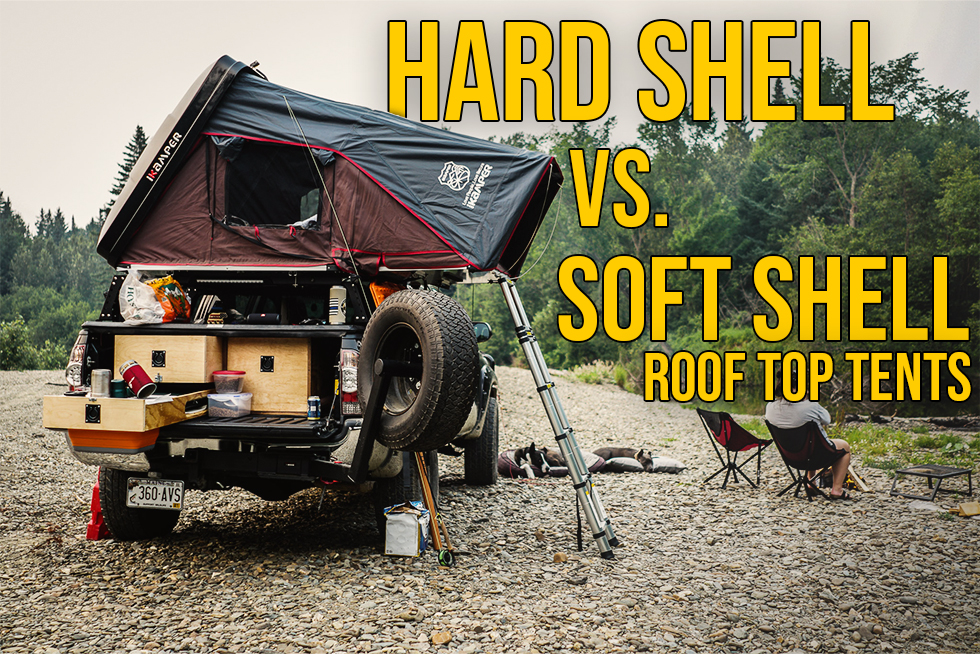 When making the decision to purchase a roof top tent, there are a lot of aspects to consider. There are dozens of companies out there all claiming to be superior to one another. However, this article will focus more broadly on the differences between a hard shell and soft shell roof tent. While this article could theoretically be pages in length, my experience has led me to some final conclusions regarding the infamous debate between hard shell and soft shell roof tents. Within this article I’ll be discussing those conclusions, how I came about them, and my decision making process for choosing the best tent to suit my needs.

When I started overlanding and was in the market for my first tent, value played a huge factor. I wanted something that would last but also wanted to be conscious of price. I searched on all sorts of forums, hearing various opinions as to the quality of the tents, ease of use, customer support, etc. It was all a lot to consider. I ended up purchasing a Cascadia Vehicle Tent (CVT) Mt. Shasta. It was a 2-3 person traditional style roof tent with an annex (attachable room) and I couldn’t wait for it to show up. 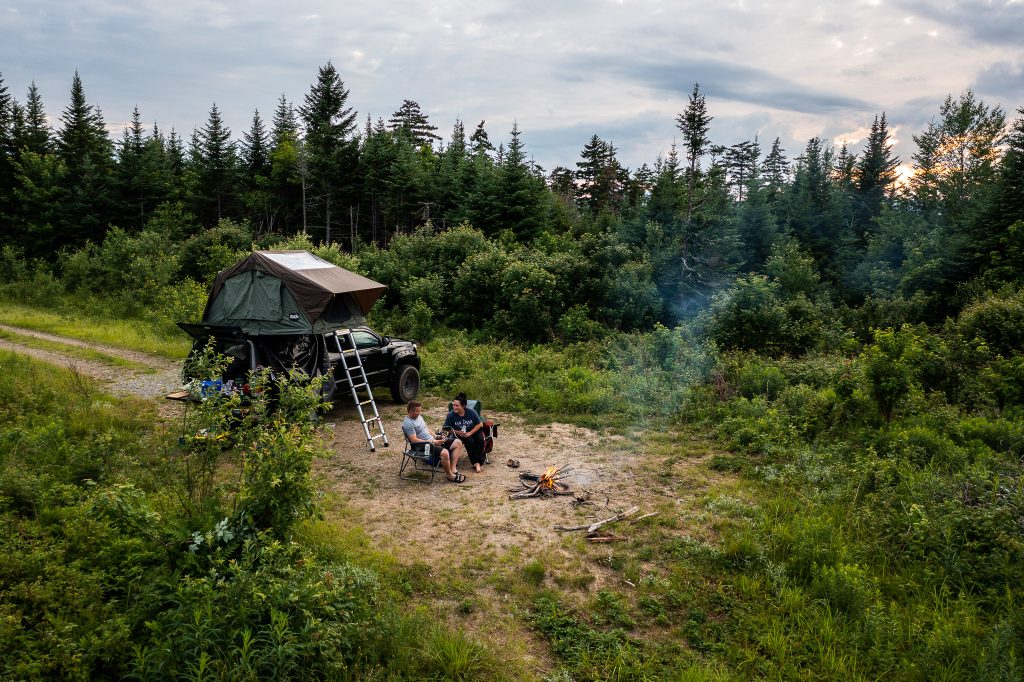 A couple of weeks went by and the tent finally arrived. I was pleasantly surprised with how well it was packaged and that nothing was damaged during shipping. I was quick to mount it to my truck and head to the woods. I had never set up a roof top tent before and it took some time initially to figure it out. The materials were similar to most roof tents you see today. Aluminum subframe with a ripstop fabric material that comprised the walls, and weather sealed zippers that shrouded the mesh screen and vinyl windows.

As the summer progressed, I got a lot of use out of the tent. The mattress I felt was comfortable and I had no need for additional cushions or mattress toppers. Many purchasers of roof tents have a consistent dissatisfaction when it comes to the comfortability of the factory mattresses. Traditional roof tents are known to have a larger profile, allowing manufacturers to include a thicker and more comfortable mattress.

A condition which did not discriminate between hard or soft shell tents was the condensation that would oftentimes build up during cooler nights on the sidewalls and under the mattress. I was always cautious to let the tent thoroughly dry out when I returned home, a tip I would strongly recommend to any roof tent camper. Condensation mats can be purchased separately and offer an air gap between your mattress and tent floor, dramatically reducing the amount of condensation buildup.

Setup quickly became routine and I was able to set the tent up in around 5 minutes. There were several poles which were needed to keep the windows up and air flowing throughout the tent. I found after a lot of use, that the setup time, while still reasonable, was longer than I preferred especially when setting up at night.

I often travel during the night, a way to enjoy the cooler desert temperatures. Once at camp, I found that setting up the roof top tent was cumbersome and took more time than it could. When in my home state of Maine, I experienced troubles with closing the tents vinyl cover during cooler temps since the rubber material would shrink. The cover’s zippers would occasionally harvest dirt or ice, making it frustratingly difficult to close and open. I knew I wanted to improve the efficiency of my setup while also eliminating some of the problems or inconveniences that the traditional style tent presented. 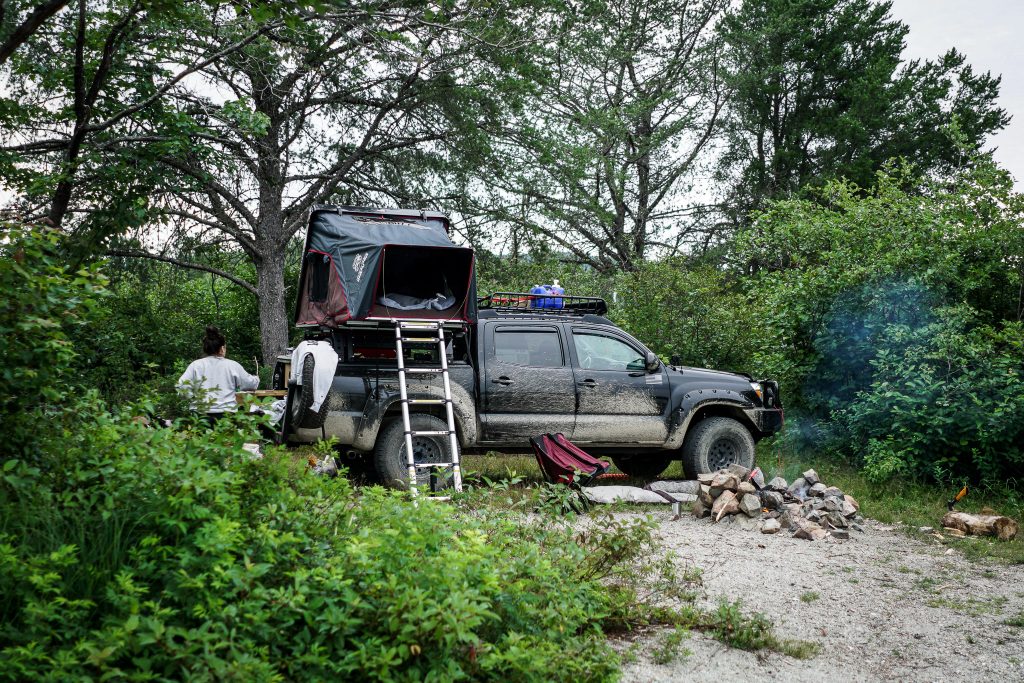 I had heard of iKamper before and knew them to be a reputable company within the RTT market. They had developed a style of tent that I found appealing and boasted an under-a-minute setup time. I was lucky enough to have found one on Facebook Marketplace and decided to bite the bullet. I went to Massachusetts to pick it up and once mounted onto my bed rack, I fell in love with the way it looked. I decided to explore the BDR (Backcountry Discovery Route) in southern Massachusetts as I was eager to give this new tent a try. Once in my natural habitat, the woods,  I had the tent set up for the first time in under a minute just like they said! The ease of use was shockingly noticeable. It seemed more thought out than my previous tent, equipped with an angled ladder to make getting into the tent easier, a high quality canvas construction which let little to no light in, and a solid fiberglass shell that was gel coated black. The latches worked as they should and locked to prevent the tent from being opened.

Overall, I was impressed with the upgrade. The hardware appeared to be of a higher quality and the design seemed thought out. The ease of use and reduced setup times alone made this tent more functional and something I would be more keen on using. To no surprise however, the mattress was in dire need of an upgrade. Constructed from a mere half-inch of hard foam, the mattress provided little to no support and was reminiscent of sleeping on a sheet of plywood. I often would wake due to the uncomfortable feeling of the tent floor digging into my side, a feeling I grew to resent. Given the price point, it felt unreasonable for me to have to purchase a more comfortable mattress, but it seemed like the only solution. I had seen videos and read articles about tent owners who had purchased inflatable mattresses to replace the factory ones and have had great success. Many companies have listened to their users’ feedback and have begun  designing and releasing sleep systems which include a more comfortable mattress formed to the shape of their tents interior. 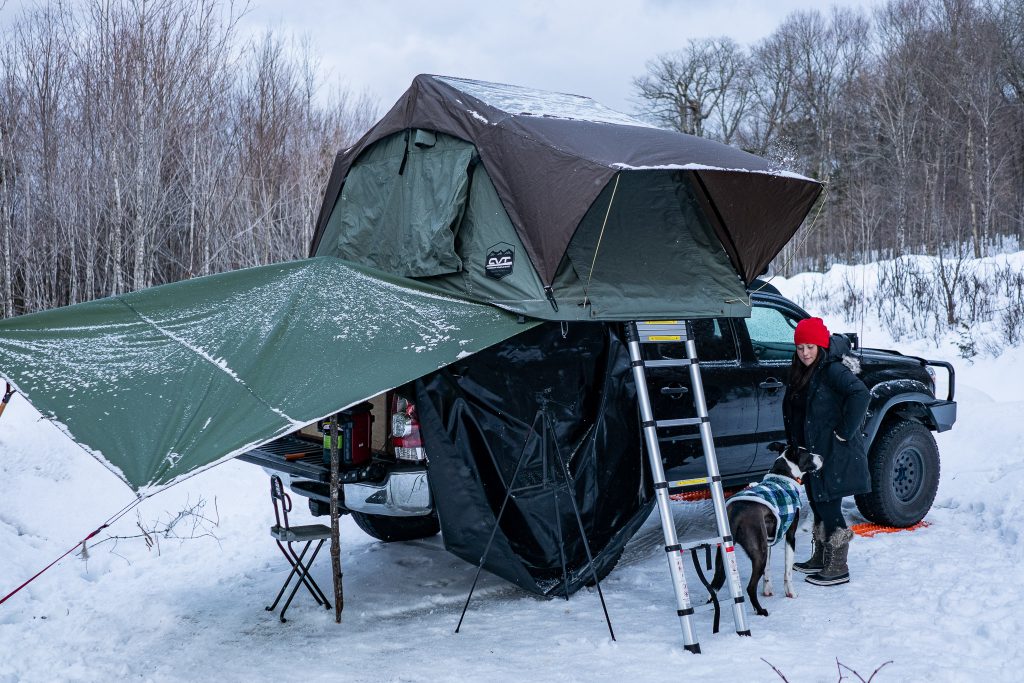 While every tent is unique  in its own way, there were stark differences between the soft shell and hard shell models. The soft shell provided a more comfortable sleeping environment given its larger mattress and overall wider footprint. Additionally, I was able to store bedding in the tent with it closed, something you don’t typically think of when picking a tent. The ease of having your bedding already in your tent after a long day of travel is something that makes setting up camp just a little sweeter. Not to mention, with bedding zipped up nice and securely, one can be sure their pillows will be dust and water free when they arrive at camp. The same could not be said for the hard shell tent. Given its rigid construction, I found that storing bedding inside of the tent was not an option as it prevented the tent from closing. This forced me to store my bedding in the truck bed where it was susceptible to the elements. What the hard shell lacked in space, it made up for in quality and wind protection. The hard shell acting as a solid wall against heavy winds made camping during inclement weather a little nicer and certainly quieter than a traditional roof tent which would often flap around at wind speeds of around 10mph.

Each tent has its place within the overlanding community. If cost is a big factor in which tent you decide to purchase, a traditional style tent would be in your better interest. How often you’ll be using the tent is also a consideration. Do you need something as extravagant as a hard shell tent, or will you only be spending a handful of nights out on the trail?  With all of these questions in mind, the task of finding the perfect tent can seem daunting. At Summit 4×4 we are here to help make that process easier. If you’re struggling finding the tent you’d like, want to talk further about the various features, or get some insight from those of us experienced in various aspects of overlanding, stop by and ask away! I will leave you with this final note which stems from plenty of nights spent in a variety of tents. While some may have features which make them stand out amongst the rest, they all get you outdoors and give you a place to sleep or get out of the weather. So I say to you, if you’re in the market for a tent and can find one that is comfortable, well made, can handle having bedding stored in it, and doesn’t break the bank, buy it. Stay safe and we’ll see you on the trail. 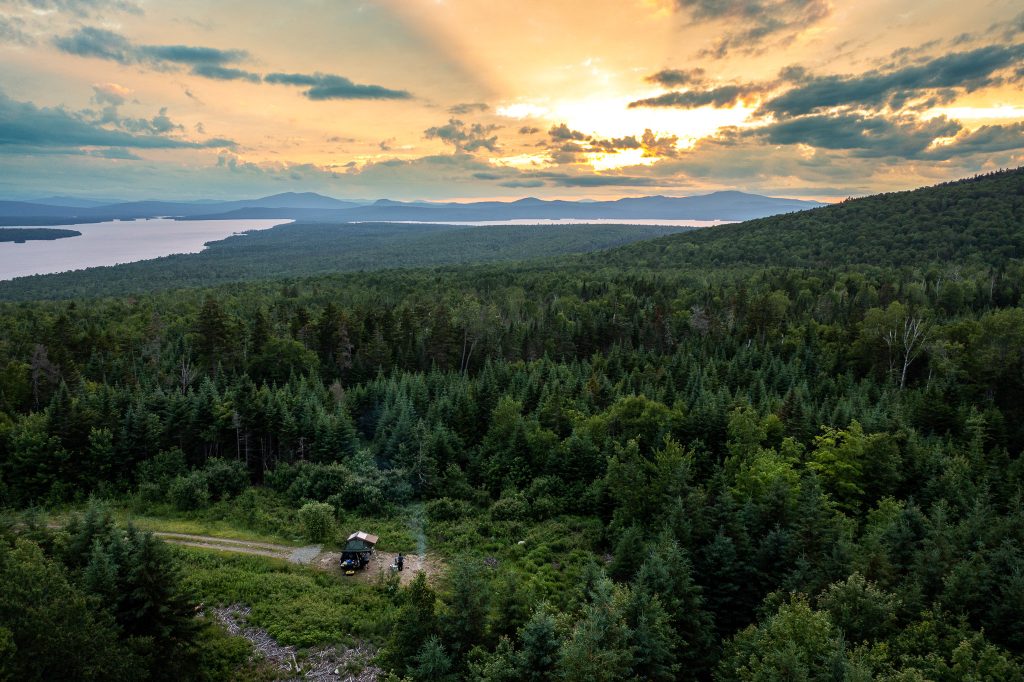