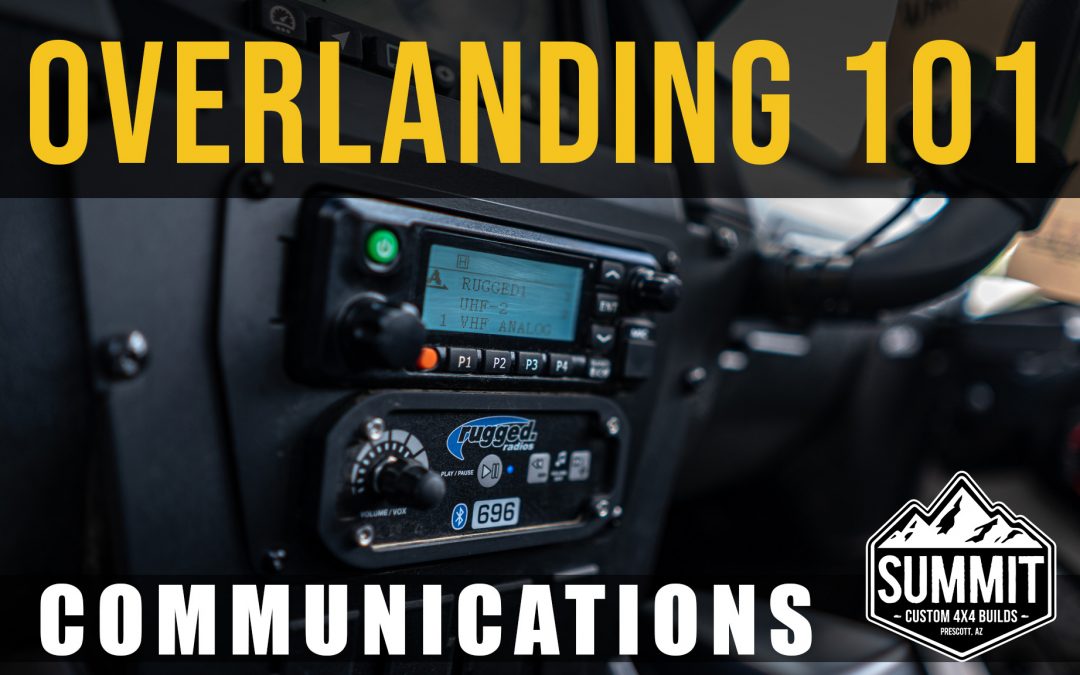 With technology improving rapidly, it’s sometimes hard to keep up. In this article, we’ll be diving into communications and the various benefits to GMRS technology over traditional CB. We’ll also get into satellite communications, for those times when the radios just don’t cut it.

Let’s start with some basics. GMRS, or General Mobile Radio Service, radios have become the new standard, replacing the infamous CB or Citizen Band radios traditionally used by truckers and off-roaders alike. The days of Smokey and the Bandit would have been far different had there been GMRS technology in 1977. That being said, we get to reap the rewards today of radio manufacturers who have dedicated themselves to developing reliable digital communication devices. 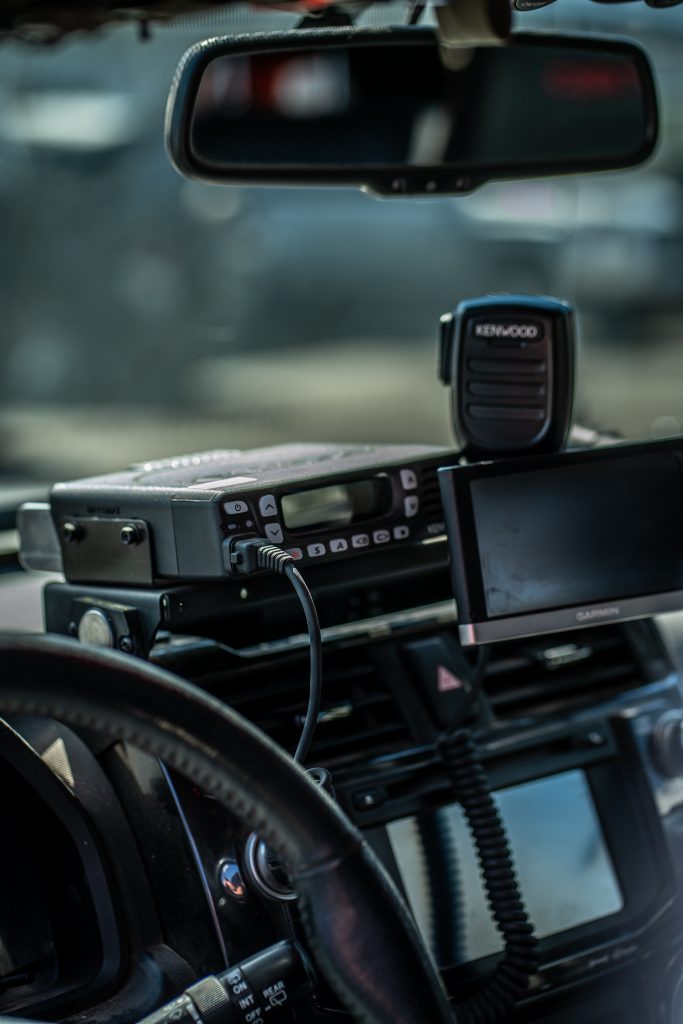 GMRS radio technology began in the mid 1990’s with RadioShack proposing that an FRS, or Family Radio Service, frequency be dedicated to recreators and businesses who demanded a higher output radio. As radio technology developed, smaller and more powerful components were at the heart of these new handheld devices. Newer and more reliable technology provided users with further range and clearer transmissions. Traditional CB radios were subject to a lot of interference from vehicle electronics, atmospheric conditions, and other radio operators who could oftentimes be heard if speaking on a channel close to yours on the dial.

With digital communications comes the ability to preset your GMRS radios to a very specific and secure frequency, thus reducing the amount of interference you’re likely to encounter. While GMRS radios are still equipped with squelch settings to adjust for interference, they’re needed far less than their relic of a counterpart. GMRS radios have a greater output, thus granting users with additional range and clearer communications overall. CB’s typically work best when in line of sight of those you’re talking with and are not known for having great range.

Radio technology hasn’t been the only advancement in the communications world. CB antennas, which often towered over one’s vehicle, tended to work best when positioned above objects which could otherwise block the transmitted frequency. GMRS radios utilize a smaller antenna, often coiled in some fashion to lengthen the antenna’s overall, and are less temperamental when it comes to obstructions given the added power the radio puts out.

With CB radios being phased out, we have been relying heavily on GMRS radios for our club runs and training sessions. Their smaller form factor, a multitude of designs and mounting locations, as well as the 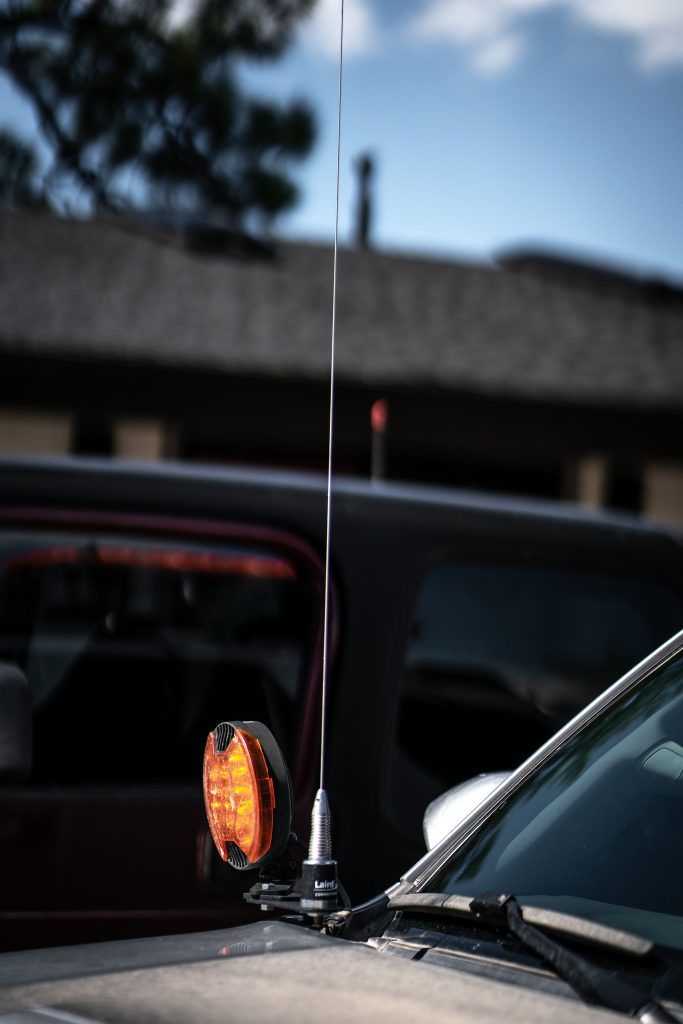 convenience of quick licensing required before use, makes them our choice for trail communications. Additionally, knowing that most off-roaders have made the switch, one can rest assured that if assistance is needed on the trail, you’re bound to reach someone. Another perk for GMRS radios is that they are often integrated with weather features. Some radios feature NOAA weather alerts which provide you and your crew with an up-to-date weather forecast.

Now, what do you do when you’ve attempted to reach someone, whether during an emergency or to check in, and you get no reply via the radio or have no cell service? That’s where satellite communications come into play. There are loads of satellite communicators out there, however, we’d like to touch on one that has been hailed as the king of emergency satellite devices. Garmin has been manufacturing GPS receivers and transmitters for the better part of 30 years, proving itself a trusty and reliable tool no matter where you are. Our device of choice remains their inReach lineup which features the Garmin inReach Mini and the Garmin inReach Explorer+. These two devices operate on the infamously stable Iridium platform, an established satellite network designed specifically for communication and positioning.

Both devices are small in form factor and can be clipped to a bag, mounted inside of a vehicle, or left in one’s pocket. Utilizing Bluetooth, you’re able to pair the device to a cell phone, which seamlessly integrates your contacts, text messages and mapping software. When in an area that has no cell service, you simply formulate your messages within Garmin’s Earthmate app and push send. When sending text messages, a copy of your coordinates are sent as well, ensuring that whoever receives your message knows where you are within a 3-foot radius. Want to tell them you’re okay but keep where you are a secret? No worries, all of the messaging features are customizable and features can be turned on or off.

Tracking the trail is another great feature that Garmin has included with their inReach units. With the click of a button, one can drop pins as they make their way down the trail. Additionally, you can share these live tracks with family and friends to ensure you have someone who knows exactly where you are at all times. Given the accuracy of these devices, you can even use them for mapping hiking trails or roads off-grid which are less likely to be marked. 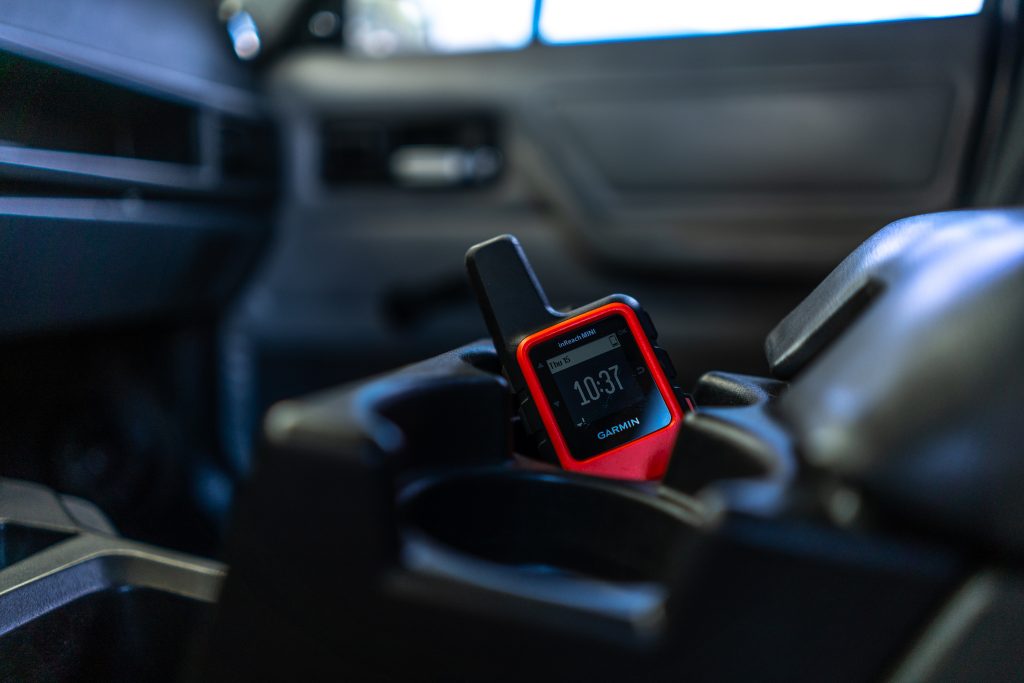 The feature that remains their pride and joy, and one that has saved countless lives, is the integrated SOS function. When the SOS button is pressed, an alert will appear on the screen with a countdown. When the countdown reaches zero, emergency service personnel are dispatched to your location via Garmin’s emergency dispatch center which is monitored 24/7. When setting up your device for the first time, basic questions are asked about you in the event of an SOS activation. Such questions include things like, what is your outdoor expertise, do you have any allergies, medical ailments or survival skills. When activated, a Garmin team member will attempt to reach out to you to provide instructions based on your emergency and to gather more information as to guide emergency services to your location. With all the things that Garmin has offered in their inReach units and software, the monthly subscription of $15 a month is well worth the peace of mind you receive when outdoors.

We hope that helps to clarify some of the options that are out there when it comes time to upgrade your communication systems. With the increased number of recreationists enjoying all the outdoors has to offer, it’s always a good idea to have an emergency plan set in place. Whether dealing with heat exhaustion, an animal bite, or a rollover, having a plan and the resources in place to ensure a speedy extraction could make the difference. We’ve included below a list of devices we currently use on our club runs. For more information or if you have questions regarding your own setup, stop by the shop or give us a call and one of our team members would be glad to assist you further.